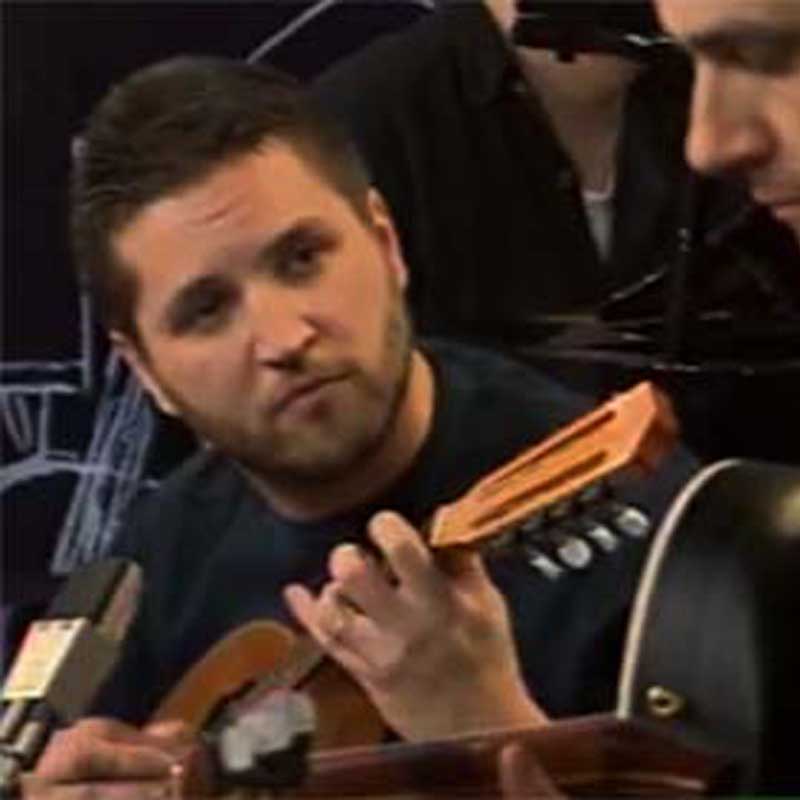 Dimitris Varelopoulos was born in Athens. He studied at the
Music Department of the University of Athens and the School
of Advanced Theory of Municipal Conservatory Moschato.
He plays Greek island lute, Mandolin, Guitar and he’s a singer and a composer.
His musical collaborations feature: Orfeas Peridis, Dionysis Savopoulos,
Melina Kana, Melina Aslanidou, Nikos Grapsas etc.
He has also worked as a producer and arranger with extended discography.
He has participated as a musician in numerous concerts both in Greece,
Germany and other countries. Establishing member of the band “Checkmate
in two flats” and the "trioektós" was founded in February 2012 in Berlin.
Currently he is working as a lute tutor at the Department of Music Science
and Art of the University of Macedonia – Greece.