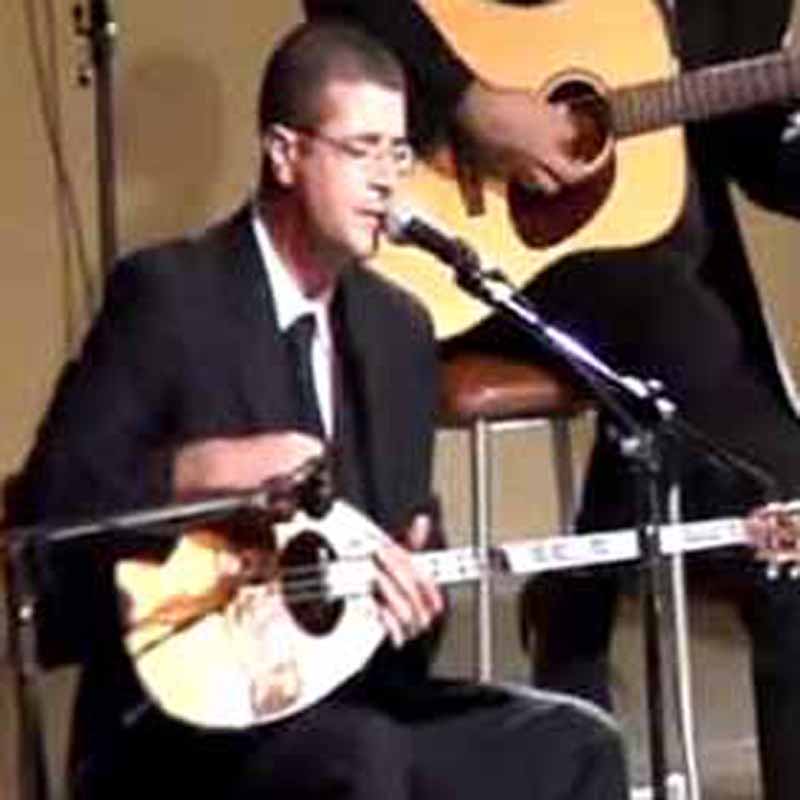 Noe Zafeiridis studied music and obtained a diploma of guitar
from the Municipal Music School of Nikaia, as well as a diploma
of Byzantine Music of Metropolis of Piraeus (Grade: Excellent).
For 20 years (1985-2004) he collaborated as a bouzouki soloist with:
Mario, Christos Tsiamoulis, Alkinoos Ioannidis, Sofia Papazoglou,
Maria Farantouri, Manolis Mitsias, Elli Paspala, Aliki Kagialoglou,
Alkistis Protopsalti, Giorgos Staurianos. He also appears with
the Orchestra of Colours, in various representations.
He participates in the bouzouki band ‘DROMOS’,
with which he performed in music scenes in Greece and abroad.
At the same time, he works as a professor
of music in music schools of the Municipality of Nikaia.