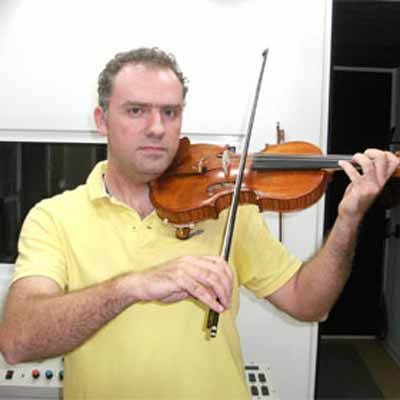 The  Ioannis Prodromos Kotsifakos was born in Athens in 1979.
He studied Conservation of Antiquities and Works of Art and
"Museum Studies" at the University of Athens.
From 2012 works in the maintenance department of monuments
of Acropolis (YSMA) namely the maintenance of the Parthenon.
He has completed studies in violin, piano and classical singing
and vocals. He attended violin lessons with Mr. Stergiou,
Mrs. Patrikidis, Mr. Margaziotis and jazz violin with S. Chrysovitsianos.
From 1986 to 1992 he was a member of the Orchestra of the
National Conservatory of Peristeri, while from 1994 to 1999
was a member of the children's symphonic orchestra of the
Greek Radio and Television (ERT) He is a member of country,
folk n’ roll band «REMI and the Road”. He appeared in many shows,
events and concerts, while participating in several recordings.