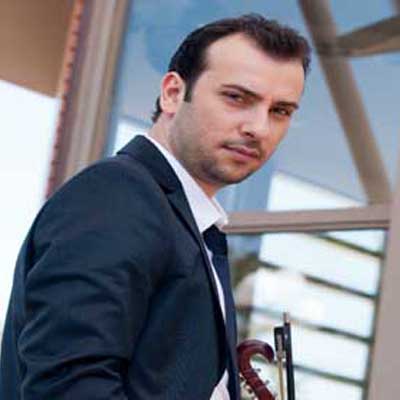 Kostas Stavroulidakis was born on 28 of July in 1980 in Athens.
His origins are from Petrokefali of Heraklion, Crete. He studied Modern
singing and theory at the National Conservatory of Athens.
At the beginning he was a traditional dancer. At the age of 14 he had
his first contact with cretan lira, his teacher's was Manolis Psalidis
and Manolis Pirovolakis. Along with lira playing he was learing phonetics
and theory. Today he is a professional lira player and singer.
He has released 2 personal albums so far.