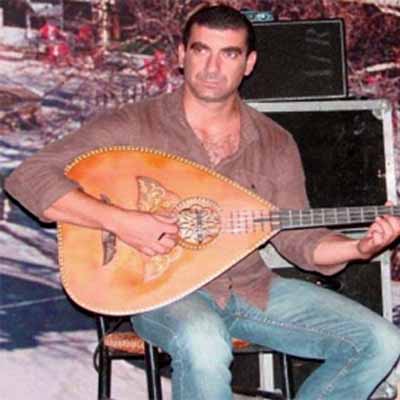 Vassilis Triantis was born in Preveza. His first deal with music was at the age of 11
when he began courses of classic guitar in a music school of Preveza. In 1999 he began
apprenticing next to the greatest lute performer Christos Zotos, he studied his particula
r technique and since then he deals mainly with the lute and traditional music.
He studied in the Department of Folk and Traditional Music of the Faculty of Musical
Technology of Polytechnic college of Epirus. Since 2003 he teaches lute in the Musical
Highschool of Agrinio. He has collaborated with a lot of musicians of traditional music
like Petros Loukas Chalkias, Grigoris Kapsalis, Thomas Chaligiannis, Stauros Kapsalis,
Savvas Siatras, Christos Tzitzimikas, Alexandros Arkadopoulos, Manos Achalinotopoulos etc.