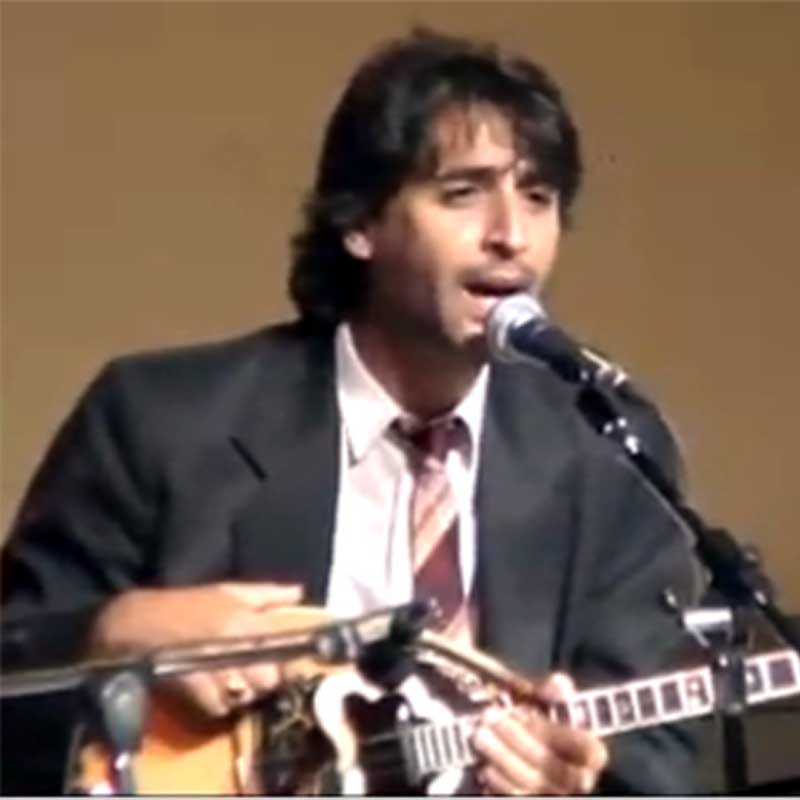 Grigoris Vassilas is from Lesvos and studied Computer science and electrical engineering.
He first appeared on the music scene as bouzouki soloist in 1992
and in 1994 took part in musicals of Kostas Ferris.
He worked with Giota Lydia, Poly Panou, Dimitris Efstathiou,
Kouli Scarpeli, Giorgos Ksintaris and Thodoris Polikandiotis.
In 1998 he keeps performing as a soloist with Alkistis Protopsalti abroad,
as well as in musicals with Stelios Vamvakaris, Kosta Mantzios, ‘Opisthodromikous’ etc.
In 2003 he appeared as a soloist in Herodeion with the Orchestra of Colours and in 2004
in the performance of Francis Marmande and Patrick Sommier, La terrace du sous-sol in Paris.
Alongside with Noe Zafeiriadis and Giannis Papavasileiou they founded the bouzouki band ‘Dromos’,
which presented its first album with the title ‘Dromos (Kathreftis) [: Road (Mirror)]’
in 2004 and organises till today appearances and concerts in Greece and around the globe.
In discography has collaborated with Pantelis Thalassinos,
Babis Tsertos, Gerasimos Andreatos, Notis Mauroudis, etc.