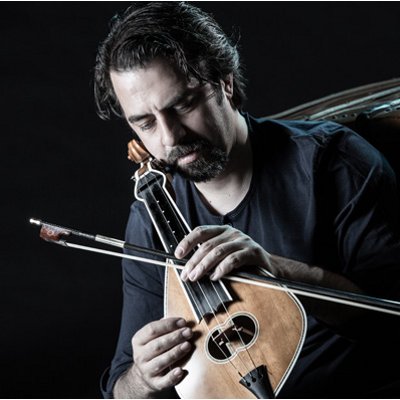 Paris Perysinakis was born in Athens and grew up in Agios Nikolaos, Crete.
At the age of 8, he begins his Cretan lyre lessons with Kostas Mountakis
and three years later he plays professionally at weddings and festivals.
At the same time, he deals with mandolin, lute and guitar.
In 1991 he attended Athens where he attended classes of harmony.
At the same time he deals with the bouzouki and the tamboura.
He collaborates with many lyrers and laurels while he participates
in the wider Greek and national discography. He has made six personal records.
He taught for 6 years at the Music School of Ilion and for 4 years at the TEI
of Folk and Traditional Music in Arta. Today he teaches at the National
Conservatory and the Athens Conservatory. At the same time, he takes care
of record productions, composes, orchestrates,
writes music for theater and appears in music scenes.