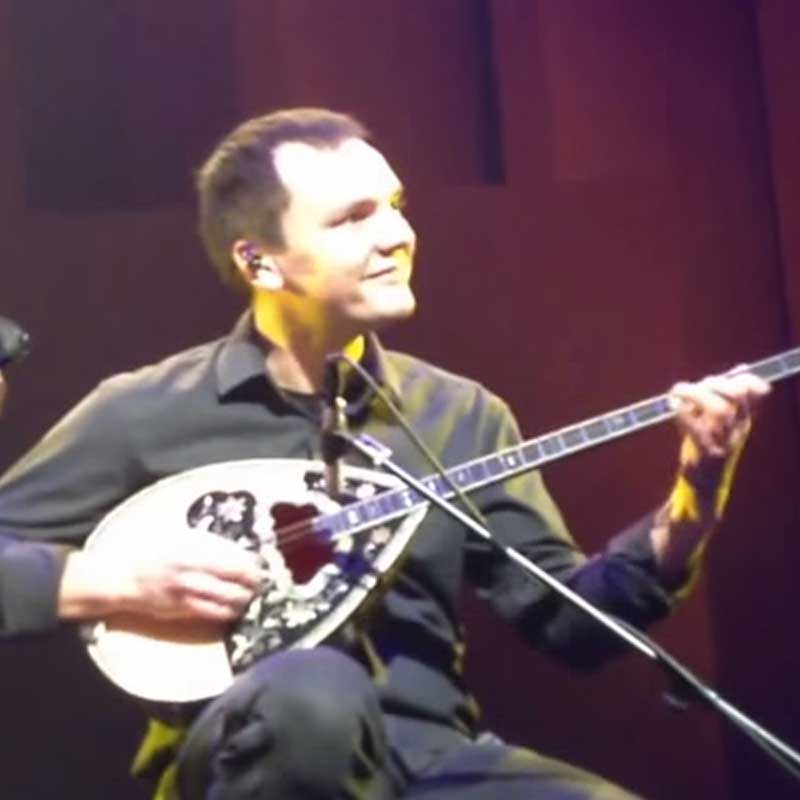 Giorgos Matsikas is a young bouzouki soloist
with exceptional virtuosity and particular style.
He was born in Athens and from a young age had a close
relation to bouzoukia that his father, Dionysios Matsikas, made.
He became not only a capable player, but also a very good constructor of bouzouki.
He has collaborated with great artists such as:
Giorgos Dalaras, Marinella, Charis. Alexiou, Dim. Mitropanos,
Mpampis Stokas, Glykeria, Pantelis Thalassinos, etc.
He participates in a lot of concerts in Greece but also in a lot of other
countries, like Cyprus, Turkey, America, Australia, Germany, etc.
He has participated in a lot of music works.