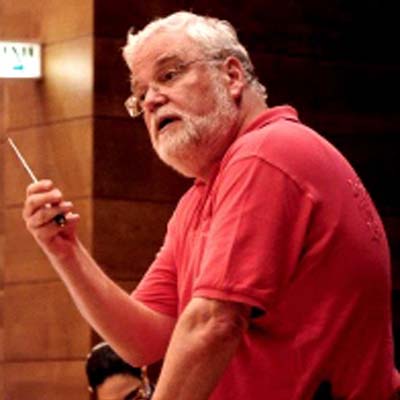 ILAN SCHUL Former President Prof. of Clarinet, Chamber Music & Orchestra Studies
Faculty of Performing Arts The Jerusalem Academy of Music & Dance
Position in the Academy: JAMD President in the years 2003-2012 Prof.
Ilan Schul serves since 2003 as President of the Jerusalem Academy of Music and Dance,
Israel’s premier institute of artistic education, creativity and performance.
Prof. Schul is head of the Clarinet Class and from 1990 to 2010
was the music director of the Jerusalem Academy Chamber Orchestra.
From 1990 to 2003, he was principal clarinetist of the Israel
Symphony Orchestra Rishon LeZion, which also serves as the house orchestra of the Israeli Opera.
From 1983 to 1990, Prof. Schul held a similar position with the Israel Sinfonietta Beer Sheva.
A graduate of the University of Southern California, Los Angeles,
Prof. Schul is a frequent soloist with orchestras and chamber music ensembles in Israel,
and was for several years a member of the Doron Ensemble for Twentieth Century Music.
Prof. Schul has appeared as guest conductor with the Israel Symphony Orchestra Rishon LeZion,
Israel Sinfonietta Beer-Sheva, Musica Nova, and the Kibbutz Chamber Orchestra,
where he was House Conductor. He was Assistant Conductor
of the Israel Symphony Orchestra Rishon LeZion from 1992 to 1999.
Prof. Schul has conducted several ensembles on tours to the United States and Germany.