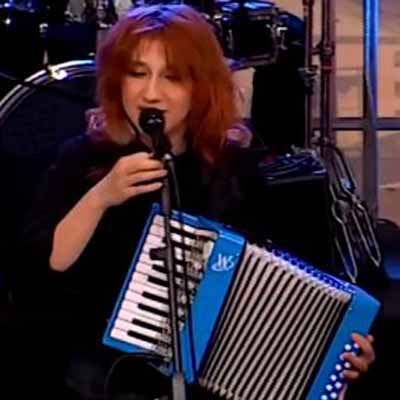 Maria Papageorgiou was born in 1984 in Grevena. She studied Finance
at the University of Piraeus and vocals with Elizabeth Karatzoli 2002.
She sings and writes, songs and orchestral themes. He plays guitar,
accordion, percussion and Tzouras. Participates in concerts and made ​​performer,
under the direction of choreographer Re. Papadamaki. In discography participate
with Danae Panagiotopoulou, Nikos Chalvatzis and Miltiades Pashalidis.
By Alexander Emmanouilidi has made ​​two solo albums. "Beautiful Losers
and" 2010 "mindless beast" in 2013. Collaborated with George Andreou,
Melina Kana and Helen Tsaligopoulou. She has written songs
for Rita Andonopoulou and Eleonora Zouganeli. At the same time teaches vocals.