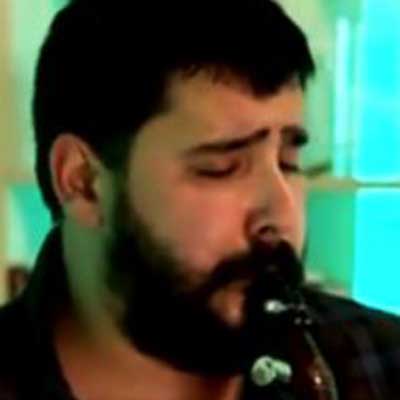 Engin Yargıç was born on June 16, 1986 in İzmir.
The artist had started with painting after his family’s acknowledging his talent in art at an early age.
During this journey which began quite early, he was awarded several prizes both in and outside of Turkey.
The artist who successfully represented Turkey abroad
on several occasions chose to pursue his art in academic life as well.
During this process he discovered his interest in music and met “Clarinet”.
Having discovered that the interest he had for clarinet turned out to be a kind of passion and love,
he headed for another direction in his life, listening to virtuosos and being trained by them.
During this new process he became the student of İsmail Bergamalı, one of the grandest masters
of the clarinet of the Turkish Classical Music. He has accompanied several stars like: İskender Doğan,
Semiha Yankı, Berkant, Pinhani, Niran Ünsal, Lal Sönmez and Haluk Levent since 2002.
He also hosted the TV Show “Meşkhane” on Kanal 35 between the years 2012-13.
He was on tour in 2014 with a band from Karadeniz “Karmate”.
He is carrying out his new projects on music.